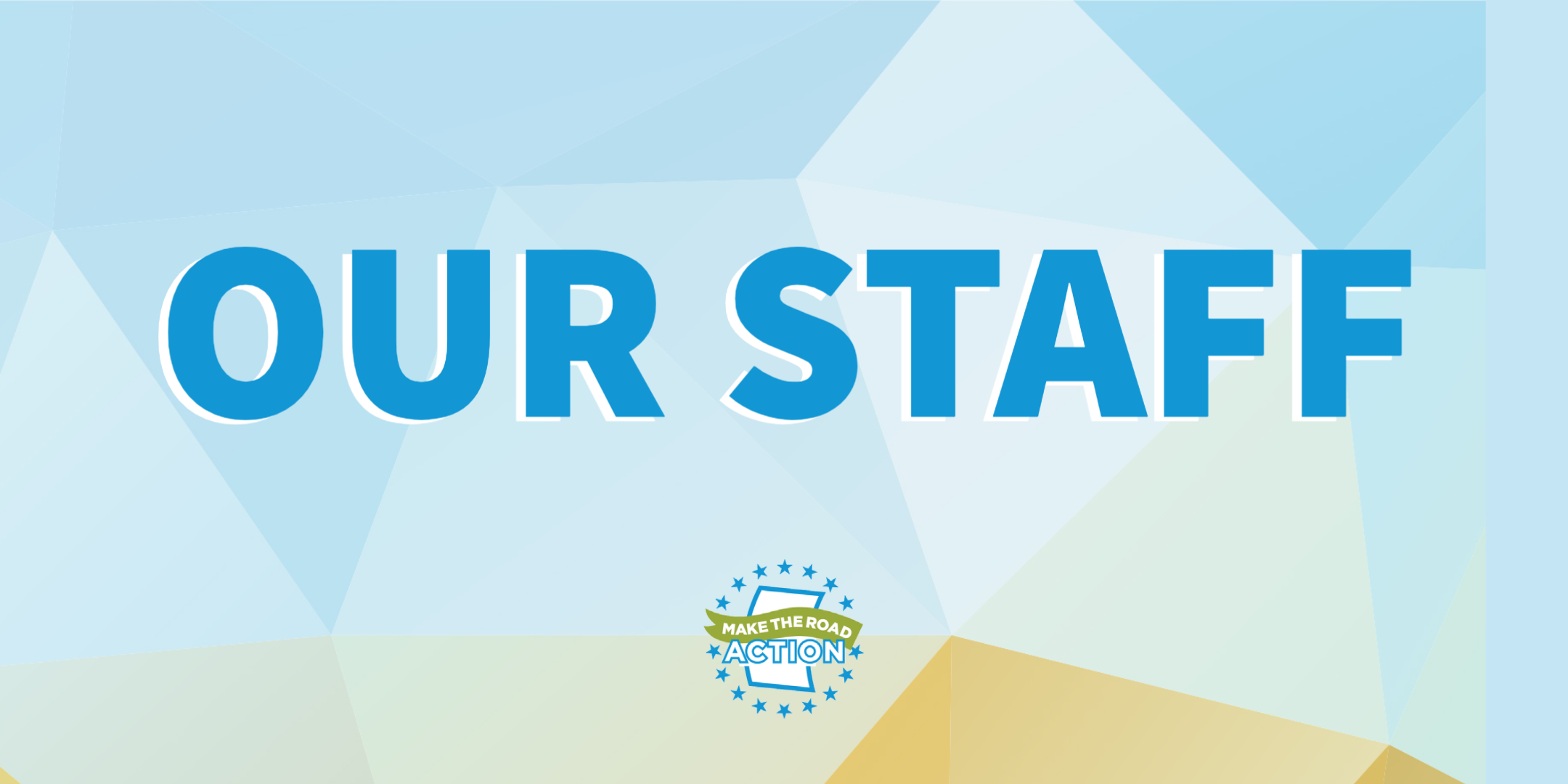 Make the Road Action members and staff are fearless, tenacious, and visionary. We are so proud to organize alongside them.

Theo joined the Make the Road family in 2005 to focus on health advocacy. Since then, in addition to building the service departments of our sister organization, Make the Road New York, Theo has played a critical role in our growth across New York and to other states. On the political side, Theo has helped lead our recent successful campaigns to elect Jamaal Bowman to Congress and to ensure the Working Families Party secured enough votes to maintain its ballot line. Daniel joined the Make the Road family in 2011, where he helped launch efforts to mobilize voters and fight back against anti-immigrant politics on Long Island. Since then, he has led victorious pro-immigrant policy campaigns and spearheaded voter mobilization, research, and communications work. Daniel has also driven critical political work--helping to secure victories in municipal, state, and federal races in New York and supporting the expansion of our political program across our states. Maegan Llerena started with the organization as an intern and organizer before becoming the director. MRA has become a progressive powerhouse in Pennsylvania. Under Maegan’s leadership, MRA has helped elect the first Latinx mayor of any major city in Pennsylvania, as well as other progressive leaders. This fall, Maegan and her team completed the state’s largest program targeting Latinx voters, helping ensure Joe Biden secure victory. The team completed over 2.2 million calls and more than 1.5 million text messages in 66 out of the state’s 67 counties. Leo has led our expansion to Nevada and the rapid development of a robust political program. In addition to critical efforts to elect local progressives, this year Leo’s team led voter engagement that helped Senator Bernie Sanders win the Nevada caucuses and ensured the defeat of Donald Trump in the general election. This fall, his team completed 220,000 calls and text messages to voters to keep Nevada blue. Under Sara’s leadership, MRA in NJ has quickly established itself as a key political player in the state, leading strategic voter mobilization efforts in state and federal races. For the general election, her team completed 140,000 calls and text messages to voters in key House districts, helping to ensure the re-election of vulnerable Democrats. Previously, Sara was a staff attorney and Equal Justice Works fellow at Make the Road New York. She is a commissioner on the New Jersey Census Complete Count Commission and was Co-Chair of Governor-Elect Phil Murphy's Transition Team's Law and Justice Committee. Barbara has led the efforts to establish MRA’s presence in Connecticut. Under her leadership, MRA led its first voter engagement effort in the state in 2018, which helped produce key state legislative victories, and invested in building a leadership pipeline for political organizers of color. In 2020, MRA was a partner in the Black and “Brown Votes Win! A Summer Electoral program,” alongside Connecticut Working Families Party, Bridgeport Gen Now Votes, and CT Students for a Dream, which trained up to 44 students. She also led our work in the Bridgeport Safe Vote Coalition, which secured an election monitor for the city of Bridgeport. Ivan has extensive experience leading successful progressive political campaigns with MRA and our allies--first in New York, and most recently as MRA’s Pennsylvania Political Director, where he ran one of the state’s largest voter engagement programs. Ivan was born in Mexico and raised in Brooklyn. As a formerly undocumented immigrant, he got involved in politics to address the injustices his family experienced.